The Pro’s and Con’s of Photochromic Lenses

PHOTOCHROMIC LENSES ARE NOTHING NEW, FIRST MAKING THEIR DEBUT IN LATE 1960S. THEY REMAIN A POPULAR OPTION BECAUSE OF THEIR CONVENIENCE; THE “COOL” FACTOR PLAYS A PART IN THEIR POPULARITY, TOO.

Photochromic lenses are a pretty cool piece of eyewear technology. They may not be new, but they’re not nearly as common as traditional lenses, and when people first see them in action they always seem to get a kick out of it.

These lenses automagically darken when exposed to sunlight, making them convenient to wear whether you are inside or out. They are also often referred to as “transition lenses” because of how they transition from clear to dark.

Not all photochromic lenses darken when behind a windshield – UVA light is actually blocked by glass, meaning that unless the lens was designed to darken with UVB light, they won’t darken when you get into your car.

There are many photochromic lenses that do darken behind a windshield. If this is important to you, make sure you opt for a pair that won’t give you sass when you’re behind glass. 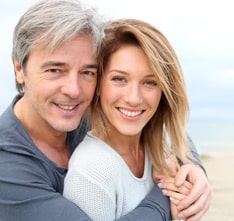 In response to the most recent BC provincial health order on Jan 4, 2022, we will be observing the following safety mandates and precautions in our clinic:

We also will continue to screen our patients by phone prior to scheduling appointments and upon entering the clinic, we will take all patients’ temperatures and ask that people sanitize their hands.  We believe that these steps all contribute to keeping our clinic as safe as possible.

Thank you for your understanding!

The team at Lynn Valley Optometry